How Coding Schools Can Benefit Those Over 40 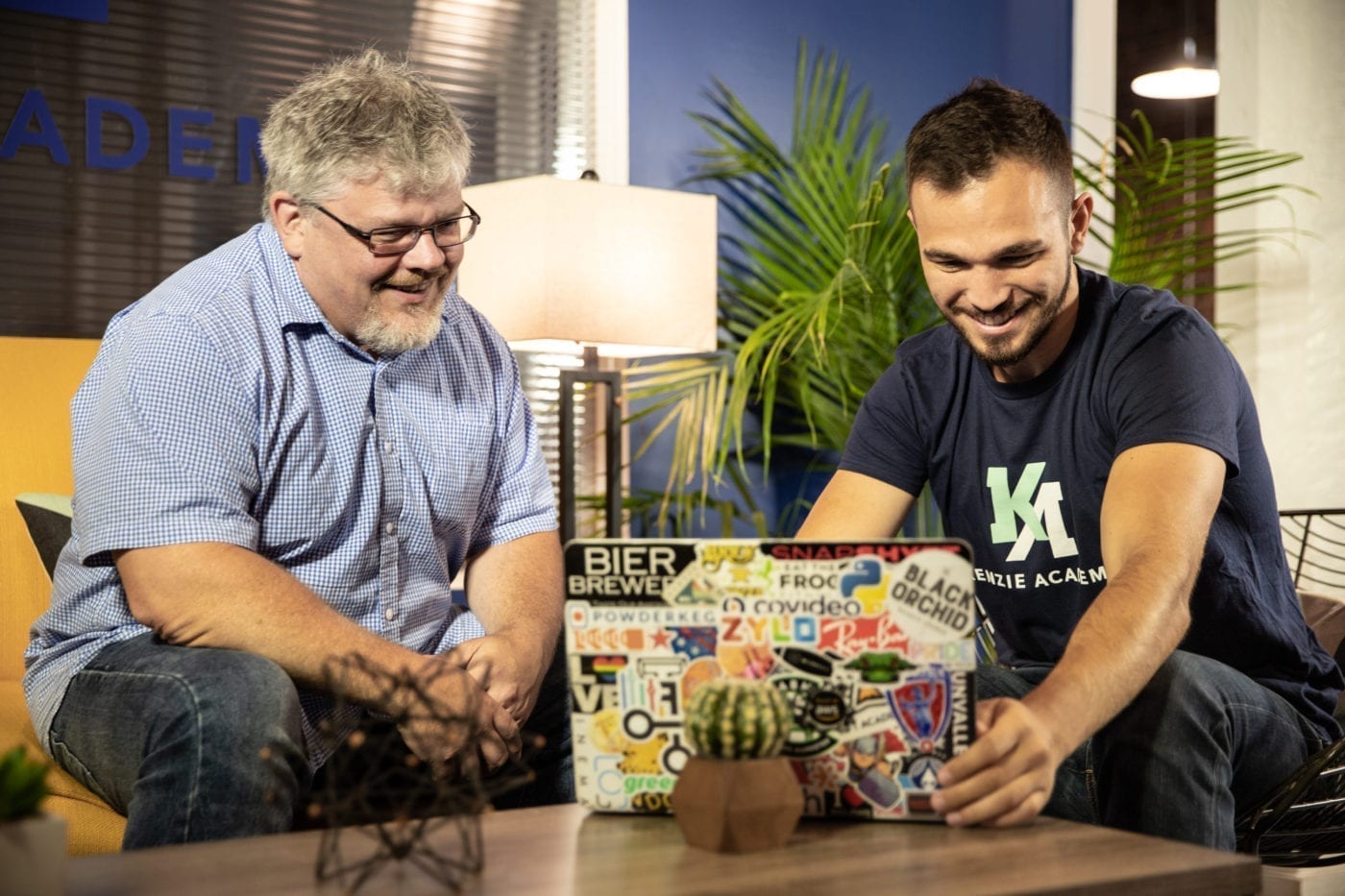 Tech has a reputation as an industry of innovators, underdogs, and some of the world’s most successful entrepreneurs. It’s also got a bit of a reputation for being a young industry, producing company cultures focused on the newest trends and a handful of genius technologists who became millionaires before age 30. Ageism in tech is real.

Because of these images, if you’re someone who falls into the over 40 category, a career in tech can seem like a pipe dream. You may feel out of place, but, those images only represent a portion of the industry. There’s plenty of room for you in tech! Plus, it’s never too late to learn a new skill — coding is no exception.

Let’s take a look at age discrimination in tech and how people 40 and up can find success in the industry. Here’s how a coding school education can benefit you regardless of age.

Is there an Ageism Problem in Tech?

Age discrimination happens in every industry, but what’s the state of ageism in tech?

According to CNBC, the experiences of age discrimination are all too real for Silicon Valley tech workers over 40. Some tech workers report dealing with assumptions they won’t be willing to work long hours or aren’t “young enough to innovate.”

In a 2018 survey by First Round Capital, 37 percent of startup founders said they believe investors display some kind of age bias. In the same survey, it was reported 88.1% of tech workers believe ageism is prevalent in the industry, and people tend to think ageism begins to affect tech workers around age 46.

A Visier study sought to uncover whether ageism in tech was more situational or systemic. It debunks 4 “myths” about ageism in the industry including the belief that older tech workers are less valued, experience a drop in salary, and resign at higher rates. The Visier data also seems to debunk the idea that new hires who are older aren’t paid equitably.

While the report found that both tech and non-tech workers over 40 have a first-year resignation rate of 10%, the study also found that systemic ageism does play a role in hiring practices, which tend to favor younger candidates.

“As our Tech Sage Age finding shows, companies may be missing out if they don’t consider the age composition of specific teams, departments, and business units and how managers can build diversity,” the Visier report stated. “Legal issues aside, designing a recruitment strategy around younger generations can be shortsighted from a business perspective. Older workers tend to be more loyal, and an over-representation of millennials in the workforce can impact retention.”

So yeah, it’s clear ageism is a problem in tech. Let’s figure out how to fight it.

The perception that tech is an industry solely for young professionals can keep people from entering or staying — a fact which could hurt companies in the long run. An important way to tackle ageism is by continuing to make efforts towards diversifying the industry’s age makeup.

One such effort is to retrain older workers for successful careers in tech. Tech and coding schools can level the playing field here and take the intimidation out of tech. At Kenzie Academy, we make it a point to educate people from diverse populations, cultures, age groups, and backgrounds. Attending a tech school will give you a rich learning experience where you can work with people of all ages and identities.

Tech and coding schools are helping to make careers in tech possible for everyone and are working hard to transform our industry to be more inclusive each and every day. And if you’re considering a career in the industry but don’t know how to get started, a bootcamp or academy could serve as your starting point.

Why Tech is Perfect for Career Changers

As we approach the future of work, the job market is changing to cater to “new collar jobs.” This term was created by IBM CEO Ginni Rometty to refer to highly specialized STEM jobs which usually don’t require a college degree. These new collar jobs are in demand, and as many industries grow obsolete over time, it’s clear tech isn’t going anywhere. As a result, there’s a certain level of job security to be found in tech roles.

Tech is also one of the fastest-growing industries. Many Software and UX Engineering positions boast high pay and quality benefits like remote work opportunities and flexible hours, which can be beneficial for those managing families or caretaking duties.

If you’re ready to take the plunge and pursue a tech career but are feeling the fear, it can be helpful to listen to the stories of those who have successfully changed careers. Front-end Developer Syk Houdeib wrote about his experiences switching to a career in tech at the age of 40 in a Medium blog post titled How I Got my First Developer Job at Age 40 with 10 months of Hard Work. In it, he shares some of the misconceptions about learning to code, how he overcame them, and ultimately found fulfillment in a tech career.

“There aren’t any ‘special’ requirements to becoming a developer,” Syk wrote. “I’m not going to tell you it’s easy, because it isn’t. But the good news is all the requirements are in everyone’s reach. You have to be willing to work hard, learn a lot, and be consistent. You need to persist when things get tough. Talk yourself out of the moments of desperation when you feel like you are not cut out for this. That’s all it takes, and everyone can do these things with a bit of practice.”

Coding Bootcamps for People Over 40

Coding bootcamps and tech schools can benefit people over 40 for a few reasons. The first being they help people upskill and gain new certifications in a relatively short amount of time. They’re shorter than associate’s, master’s, and bachelor’s degree programs. This means you’ll be able to return to work more quickly than you would if you took on a traditional degree program. Coding bootcamps are also cheaper than traditional degree programs so you’ll earn your certification for a fraction of the cost and without a hefty student debt load.

Coding bootcamps and tech schools also provide a supportive community. Learning a new skill can be a challenging and frustrating process, so learning in a community with instructors, facilitators, and other students can help keep you motivated towards your goal.

At Kenzie, we’ll also work with our employer partners to help you in your job search. Our Student Success and Placement teams will coach you through the tech job interview process and make sure your resume is in tip-top shape. And finally, we’ll pair you with a mentor to give you an insider’s perspective and guidance on how to be successful in the industry.

What Coding Programs Should I Consider?

What programs you consider should depend on how much time you have and what your current obligations are both personally and professionally.

Thankfully, the large variety of programs available can cater to different types of lifestyles. At Kenzie, our program is 12 months long and a full-time commitment. We offer two programs: Software and UX Engineering. Our programs are designed to get you job-ready through both technical and soft skill training. We won’t go easy on you but we’ll be there to support you every step of the way. Kenzie would be a great match for those who want to set themselves up for career success and are willing to put in the work.

Before you make your decision, be sure to do lots of research on the programs you’re considering, beyond the bootcamp or school’s website. Look up student reviews and testimonials on social media and search engines. Do your due diligence because you don’t want to end up spending your cash on a program that can’t get you trained and hired, or one you can’t fully commit to with your current personal and professional obligations.

We’re pumped you’re considering a career in tech and will be cheering you on along the way! Reach out to us if you have any questions about transitioning to a tech career.