Front End vs. Back End: What’s the Difference? 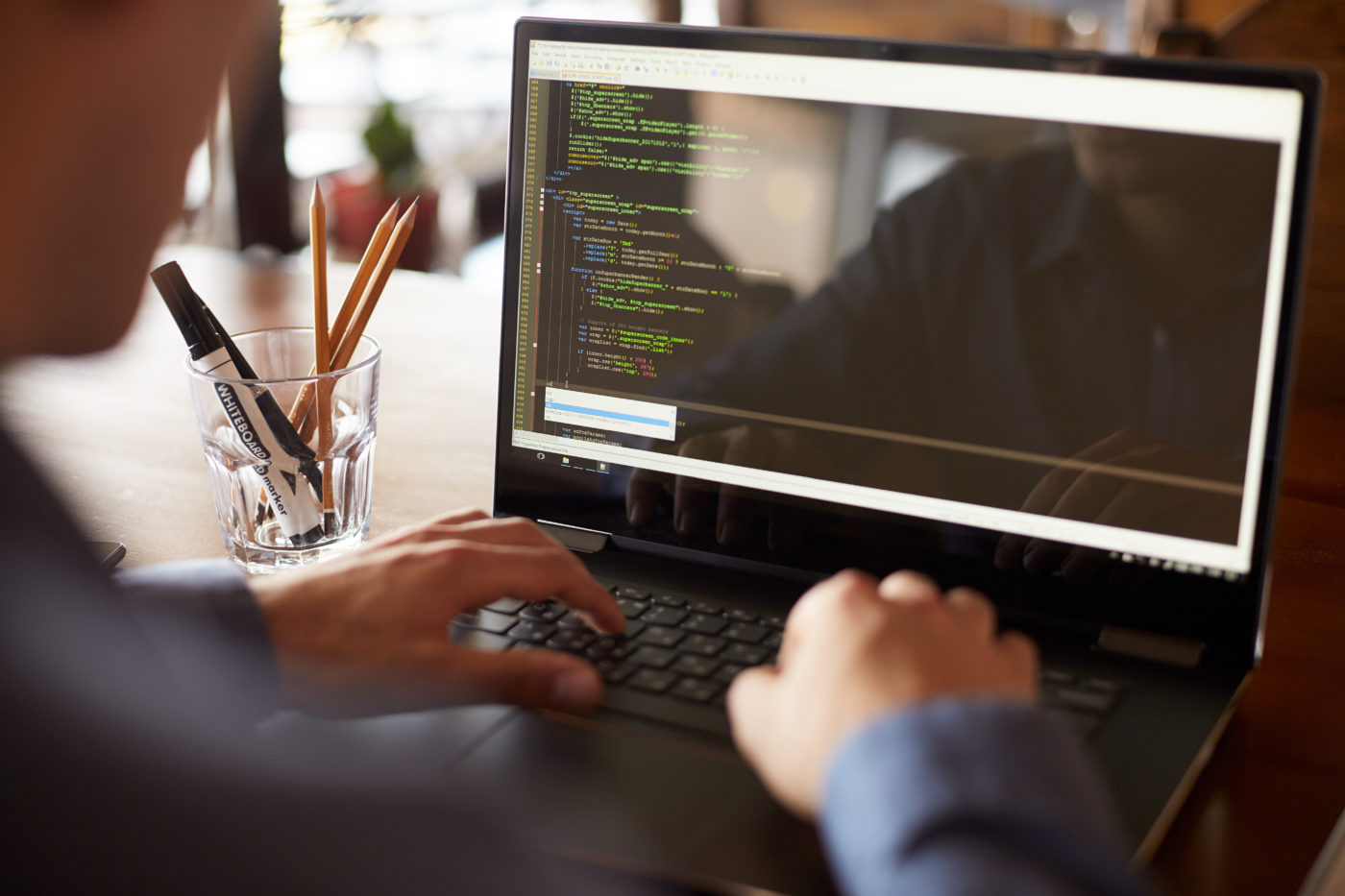 If you’re new to the world of coding and software engineering, you may be confused by terms like front end, back end, and full-stack development. Your head may swirl at the sight of programming languages like Ruby on Rails and Javascript.

Let’s take a quick poll. Raise your hand if you find yourself asking, “What does it all mean? What’s the difference between front end and back end?” We get it, we were there once too.

At Kenzie Academy, we believe a career in tech is possible for all who are open to learning and put in the work to master the art of coding. Let’s take the confusion out of some of these technical terms. We’ll give you the scoop on front end vs. back end.

Today, we’re demystifying the difference between development styles and tackling these questions:

Let’s dive in and get acquainted with these web development styles!

What is front end development?

Front end developers build with the user in mind. Front end development is a style of computer programming that focuses on the coding and creation of elements and features of a website that will be seen by the user. It’s about making sure the visual aspects of a website are functional. You can also think of front end as the “client side” of an application. Let’s say you’re a front end developer. This means your job is to code and bring to life the visual elements of a website. You’d be more focused on what the user sees when they visit a website or app. And, you’d want to make sure the site is easy to interact with while also running smoothly.

These developers take the visual designs from UX and UI designers and bring the website to life, making sure it functions well for the user. One of the many ways you could use front end skills is in creating a static website, which is a website with fixed content that’s delivered to a user’s browser exactly as it’s stored. You might run into a static website if you happen upon a simple landing page or a small business website that doesn’t allow users to perform any interactive tasks.

What is back end development?

Back end development focuses on the side of the website users can’t see. It’s what makes a site interactive. The back end can also be referred to as the “server side” of a website. As an example, let’s say you’re running a social media website. You need an accessible place to store all of your users’ information. This storage center is called a database and a few widely used examples include Oracle, SQL Server, and MySQL. Databases are run from a server, which is essentially a remote computer. A back end developer will help manage this database and the site contents stored on it. This ensures that front end elements on your social media website can continue to function properly as users browse uploaded content and other user profiles.

Front end vs. back end: what’s the difference?

Front end development is programming which focuses on the visual elements of a website or app that a user will interact with (the client side). Back end development focuses on the side of a website users can’t see (the server side). They work together to create a dynamic website to allow users to make purchases, use contact forms, and any other interactive activities you might participate in while browsing a site. Some examples of dynamic websites are Netflix, PayPal, Facebook, and the Kenzie Academy site you’re currently on.

Front and back end developers have different strengths

According to RealMensch, different developers have different strengths and it’s essential to keep in mind that one side of the development process isn’t harder or more important than another. They’re equally important in creating a dope website that users will enjoy interacting with.

What pays more, front end or back end?

Though there are differences in what you can earn, depending on if you specialize as a front or back end developer, it all comes down to your unique talents, passions, and abilities. You may find you prefer one side of development over another. If you’re deciding between the two, it’s best to also think about which one brings you more fulfillment and satisfaction as a developer rather than solely focusing on salary projections.

Front and back end developers work in different languages

When you’re coding, you’ll use a programming language. Much like human languages, these languages allow programmers to communicate with their computers through a series of symbols (referred to as code). In simple terms, it’s like giving your computer instructions. Front end developers work in languages like HTML, CSS, and JavaScript.

Back end developers work in languages like PHP, C++, Java, Ruby, Python, JavaScript, and Node.js. Here’s a bit more on a few of these languages:

Back end frameworks include:

Front and back end developers work together to create awesome applications

While there are some similarities between the two sides of web development, it’s easiest to think of them as sides of a cassette tape. They are both necessary parts of the web dev process that are used to create functional, visually appealing websites and applications. If you’re considering a career as a web developer and aren’t sure which side of the development cassette you’re interested in jamming to, you could consider becoming a full stack developer. Full stack developers get the best of both worlds and their work consists of both front and back end elements. It’s like getting to listen to the whole flipping cassette every day.

Front end vs. back end? Why not both?

Our students graduate with a full-stack certification, so they can work as front end developers, back end developers, or full stack engineers, in addition to a number of other roles. In the program, you’ll get acquainted with languages like HTML, CSS, and JavaScript, as well as Python, Django, and SQL. View our syllabus here.

While learning to code and work within these languages, you’ll gain more insight into which tasks you prefer as a developer and can come to a better understanding of if you have a preference for one side of web development over another (or if you want to rock it as a full stack engineer). If you have more questions about front end vs. back end development or want to learn more about our programs, contact us!