From Paramedic to Software Developer 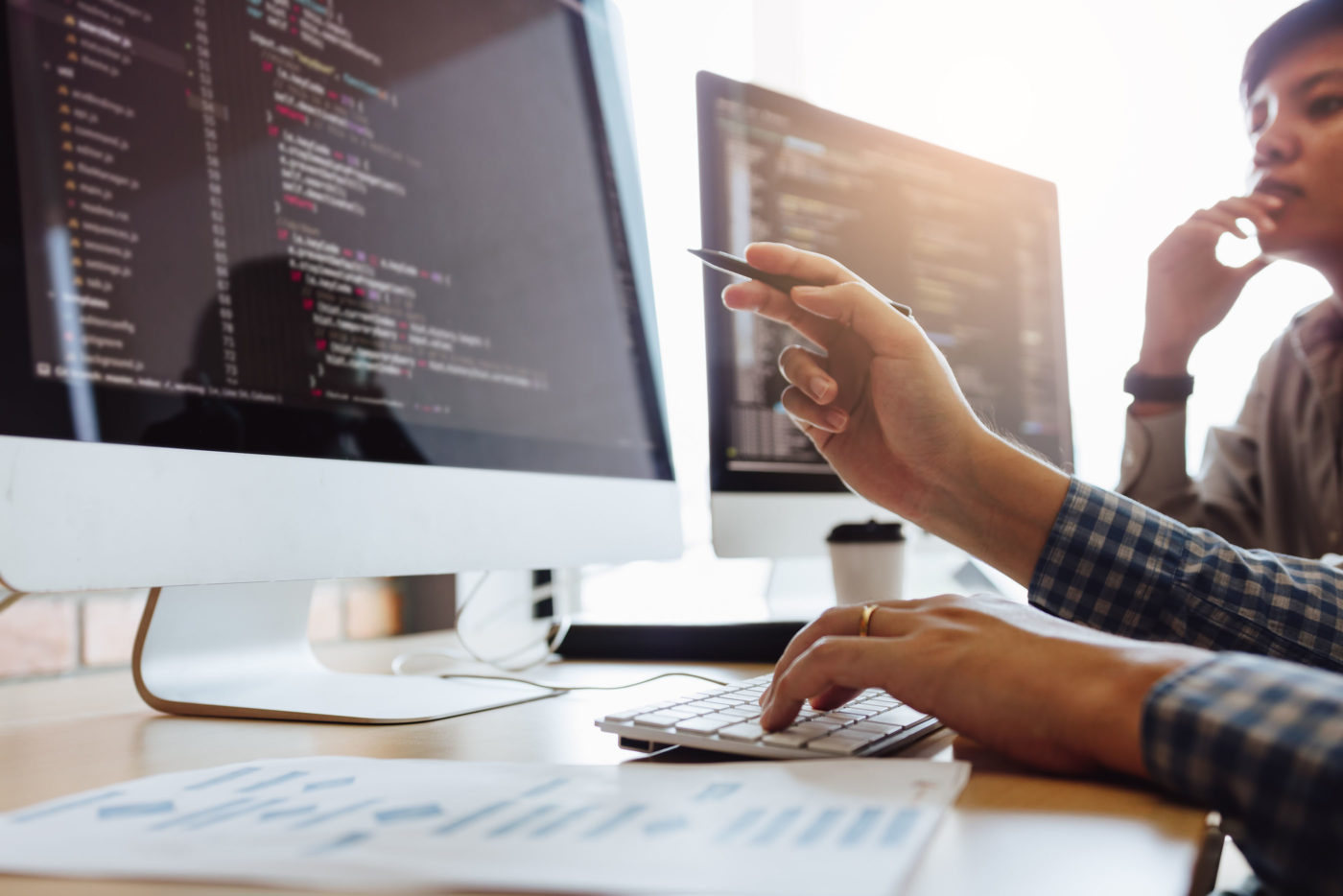 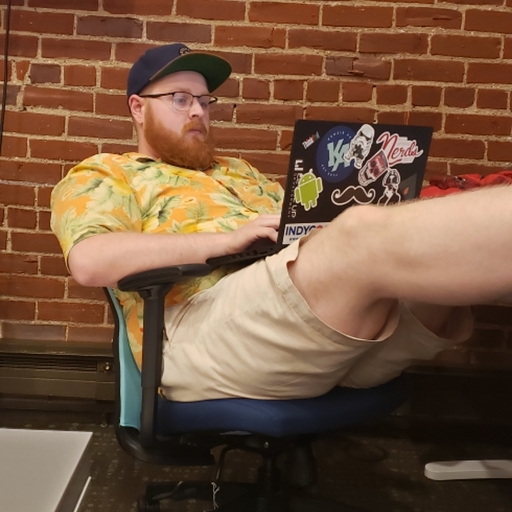 PLEASE NOTE: Kenzie Academy no longer offers Income Share Agreements as a financial option. If you would like to learn more and better understand what options are available please click HERE.

Curious about what it’s like to make a career change into tech? Kenzie Academy graduate Taylor Gentry shares his transition from public safety to software development in this blog. This story was originally published on Medium.

“My name is Taylor Gentry. I used to be a Paramedic, now I’m a Software Developer.”

I want to tell my story.

My story may be unique, but I’m sure many of you can relate my journey to your own. When jumping into the field of software development and into the tech industry in general, I looked everywhere for others’ experiences making this transition. Unfortunately, I could not find any. So I’m sharing my story for those who might be in a similar position. This is how I went from being a 24-year-old Paramedic to a 25-year-old Software Developer.

In 2011, I took the plunge into public safety. I was a naive 17-year-old kid, ready to “save the world.” I lived in a rural community near Anderson, Ind. called Richland Township. I had an older cousin who I regularly spent time with after the middle school day ended. This cousin had many friends who were volunteer firefighters and EMTs at the local fire department. Hearing their stories intrigued me.

They spoke of magnificent fires, incredible vehicle accidents, and stories of helping Grandma shovel snow in the winter. This was a community I wanted to join— one of valor and red lights and sirens. I drove myself up to the firehouse to meet my new friends and to apply to become a volunteer firefighter. I became a Cadet Firefighter, which meant I was allowed to carry gear, change air packs, and clean the firehouse.

When I met with the chief for the first time, he said the most important parts of public safety are “teamwork and to never stop learning.” I enjoyed every second of it from the late nights spent in the firehouse to the 3 a.m. calls for some pretty serious medical conditions. In August 2011, I enrolled in an EMT class at the local hospital, a 4-hour, twice-weekly class that ran for 6 months.

During this time I was getting acceptance letters from Engineering programs at colleges I had applied to. After completing the EMT class, I decided college wasn’t for me and that I wanted to work in public safety for the duration of my career. I applied for an entry-level EMT position at Indianapolis EMS in late 2012 and accepted the position in 2013.

A few years later I decided it was time to get more education and training in this field I loved. I enrolled in the Indianapolis EMS Paramedic Training program. This program was long. I attended classes 2 days a week from 9 a.m. to 5 p.m., plus 12 to 24 hours a week of clinical training in the hospital or on the ambulance. Keep in mind, this was all while working my normal 36/48 hour weeks (alternating).

I graduated and became a Paramedic in January of 2017, spending the next year working for the city and pulling as much overtime as possible. At the end of this year, I became frustrated with the lack of compensation for such an essential role in the community and the local politics involved with the industry. It was time to learn something new.

During paramedic school, I had met my now wife, gained some new friends, and purchased a house. One of my new friends happened to work in the tech industry in Indianapolis. I had always been interested in technology. I built PCs for gaming at home, used Raspberry Pi for retro gaming, and even wired up my 1980’s garage door to open with “Hey, Google.” I quit my job and began looking for a way to gain some knowledge in tech. I wanted to make it my career. I met with counselors at IUPUI for Biomedical Engineering as I thought about possibly mixing tech and medicine.

Trying to find another way into tech, I researched how to learn to code at home. In early 2018, I met with my friend in the tech industry and asked him what I needed to do to gain a career in tech without going to college. He and I chatted for an hour or so and settled on “learn to code.” That phrase is tossed around a lot these days, but it’s exactly what I wanted to do.

Enter Kenzie Academy. Kenzie was a brand new “trade” school in downtown Indianapolis that just happened to be in the same office building as my friend’s office. This school promised the skills needed to become a Software Developer, while only being a year long.

I went with my 6-month-old daughter to meet with Chok Ooi, the CEO of this new educational institution. I learned that the first class was going to start in January 2018 with a new cohort starting every 3 months and that classes were Monday through Friday from 9 a.m. to 5 p.m. This sounded just as grueling as paramedic school, but it would only last a year.

The best part was I only had to pay $100 to enroll. The rest of my tuition costs would be paid using an ISA, which would take a small percentage of my salary for 4 years only after I got a job making $40,000 or more. Those numbers have since changed to be even more enticing and Kenzie offers new payment options in addition to ISAs now. Kenzie Academy has undergone many changes since I left, but I still encourage anyone looking to learn software development to look in their direction.

To me, this meant that Kenzie had just as much interest in my education as I did which isn’t something you see at many traditional colleges. I went home and talked this over with my wife. We decided that exact time was not good financially, but that I could probably start in 3 months. In April 2018, I began my journey to become a Software Developer.

I walked into class with almost no idea of what I was getting into but was extremely excited to get started. I had a new baby and wife at home which was all the motivation I needed. We began day 1 by learning the basic concepts of HTML. At first glance, it looked like gibberish, arrow brackets, words I didn’t know the meaning of, and colorful text on my instructor’s computer screen. My only experience with code was watching Silicon Valley on HBO. I put my head down, and began reading, writing, and understanding HTML. A few weeks later we began learning CSS, styling our brand new web pages with colors, cool fonts, and many, many GIFs. Our whole class was on top of the world as we learned brand new, exciting concepts.

Then came JavaScript. Ohhhh JavaScript. JavaScript made us all frustrated, excited, sad, and any other emotion you can think of. I spent many nights trying to relate this new material to paramedicine when I finally realized that code is just like the human body. It’s just as complex with just as many problems to solve.

For the next 6 months, we completed kata after kata (a programming exercise that helps programmers hone their skills through repetition). Codewars was a pretty popular decision among our instructors and for good reason. We built games like Connect Four and Sokoban, and built full React/Node web applications. In the second half of the program, we learned Python. We completed many kata, built a few OS scripts for watching directories for changing files, and progressed into building full Django applications. This was the most fun I ever had in “school.”

The Kenzie Academy community was entirely supportive of me, my family, and my part-time work schedule as a Paramedic. In January 2019, I was offered a full-time position at Kenzie as a Facilitator. I always explain this role as a full-time teaching assistant (TA). My responsibilities included running the day-to-day operations of the classroom, working closely with the instructors to keep the curriculum as up-to-date as possible, and working with students one-on-one as well as in group coding sessions.

I completed my course while working full time, and received my certificate in April 2019. I continued working as a Facilitator for the next 4 months while applying to Software Developer jobs. My primary interest was and still is React. Although I’m no good at design, I always had an interest in UI, so React was a perfect fit for me.

It took a few months, but I found an interesting position for myself. I worked as a Frontend Software Developer on a B2B freight booking software. The freight industry is very fast-paced, just as fast as driving emergent through downtown Indianapolis. During my first few weeks at my new job, I learned Typescript and the architecture of the project, in addition to making small contributions to the repository. I was in this position for a little over 6 months, and I learned something new every day. We had a great working team and all learned from each other.

To me, the most important parts of software development are teamwork and to never stop learning, just like my fire chief said to me when I was 17 years old. I now work as a Full Stack Engineer for Iris Works, a photography studio management company where we employ Ruby on Rails and React for our B2C SaaS product.

I guess the moral of this story is if you’re not happy in your current position, there is always a way to make a transition. If that transition happens to be from public safety/medicine to software development, now you know it’s possible!