This Black History Month, we’re celebrating all of the amazing accomplishments of Black leaders in tech. For aspiring Software Engineers and UX Designers, being able to see oneself in the field can be especially inspiring and life-changing. This year’s theme is the Black Family: Representation, Identity, and Diversity, so it’s important to acknowledge the diversity problem in the tech industry. We wanted to take some time this month to reflect on the ideas of representation and diversity, as well as highlighting Black people in tech who are making a difference each day.

At Kenzie, we envision the future of the tech industry as a diverse one. That’s why we’ve made it our priority to make tech education accessible to people from all backgrounds, races, and genders. Join us in celebrating all of the amazing Black professionals in our industry with this list of 10 Black tech leaders to watch in 2021. Visit our blog each Monday in February for new Black History Month content. 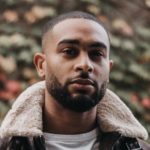 Ruben Harris is the CEO of Career Karma, an online platform that helps people find the right job training program for them. Career Karma is also a Kenzie partner (woohoo!). Ruben’s story is inspiring as his career in tech began in a pretty unconventional way. He wrote a viral blog post about how he landed a tech job just 3 weeks after moving to San Francisco. After receiving thousands of messages from people who wanted to hear his career tips, Ruben co-founded the Breaking Into Startups podcast. In addition to his work as a tech professional, Ruben is also a decorated cellist and has played shows in prestigious venues like Carnegie Hall. Follow him on Twitter for more technical and musical inspiration. 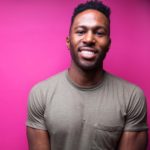 Albrey Brown is the Head of Diversity, Equity, and Inclusion at Airtable, a cloud collaboration service. Last summer, we had the pleasure of hosting Albrey for an exclusive AMA with Kenzie students about current events and his professional experiences. Albrey is a coding bootcamp grad himself and even went on to co-found a bootcamp of his own, Telegraph Academy. The academy served women and racial minorities, a mission that is near and dear to our own. When the bootcamp went under in 2016, Albrey demonstrated entrepreneurial resilience and pivoted. He’s been making a difference in the diversity and inclusion world ever since. You can find Albrey on Twitter here or learn more about his story in this podcast episode. 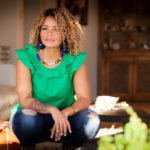 Jabu Dayton has served as the founding HR leader at Airbnb, TaskRabbit, Shyp, and Abstract. Now, as the Chief People Officer at Jabu HR Inc., she helps startups and tech companies better support their teams through advising and consulting services. Her services include things like creating strategies to retain culture during rapid scaling and building inclusion into a company’s culture. Get inspired by her blog posts covering topics around diversity and inclusion. Follow her on Twitter for content on company culture, inclusion, and more. 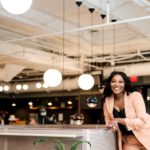 Brittany City is the Founder and CEO of City Data Consulting, a boutique consultancy based in Nashville. Brittany enjoys using her skills as a data analyst to solve complex social, political, and economic problems. Through her startup, Brittany hopes to increase tech and data literacy among marginalized groups. Follow her on Twitter for quality tech content and cute dog photos. 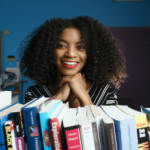 Photo via Blacks in Technology

Nadiyah Johnson is a Black woman kicking ass and taking names. She’s the CEO and founder of tech startup incubator Jet Constellations. At Jet Constellations, Nadiyah is also heading up The Milky Way Tech Hub initiative which promotes STEM education throughout the inner city and provides community workshops, panels, talks, hackathons, and design thinking sessions. Through her efforts at Milky Way, she dreams of transforming Milwaukee into the most diverse tech hub in the nation. Her efforts aren’t going unnoticed either — Nadiyah recently spoke with Vice President Kamala Harris about Milwaukee’s tech ecosystem. Follow Nadiyah on Twitter where she tweets about her vision for the city and about the latest in #BlackTechTwitter. 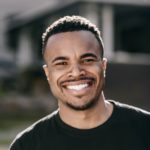 Russell Ladson is a technologist based in San Francisco who enjoys using computation to tell stories that point to where we’re going. Russell currently serves as the CEO of Drop, a startup that provides immersive Internet browsing experiences for virtual reality users. Prior to joining the tech industry, Russell worked in investment banking. He has been named a Google Next Gen Policy Leader for his work in tech and racial justice. You can find him on Twitter where he shares interesting reads and thoughts about life in tech. We’re excited to have Russell as a speaker this month and look forward to learning more about his journey. 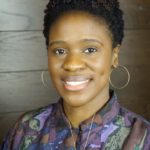 Photo via The Next IT Girl

When we think of up-and-coming Black leaders in tech who are changing the world, we think of Napiyah Nubuya. Napiyah founded a non-profit called The Next IT Girl, where she mentors, educates, and encourages Black and brown girls who are interested in careers in technology. Additionally, Napiyah is an IT professional who provides creative design services, like websites and logos, to brands. And when she’s not working in tech, Napiyah is providing fashion and wellness consulting services. Learn more about her work with The Next IT Girl on Twitter. 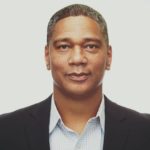 Chrisfino Kenyatta Leal works to help formerly incarcerated individuals launch careers in the tech field. Currently, he works as the Reentry Director at Next Chapter, Slack’s apprenticeship program designed to help formerly incarcerated people find work in tech. He’s also a founding member of The Last Mile program at San Quentin. Kenyatta is formerly incarcerated himself and after being released in 2013, he began an internship at RocketSpace and then worked in management and sales positions at the company. When he’s not making a difference in people’s lives through his work at Next Chapter, you can find Kenyatta speaking at events across the country. We’ve had the pleasure of hosting Kenyatta for several AMAs and always enjoy learning from his unique life experiences. Learn more about his work on LinkedIn or check out this interview to hear his story. 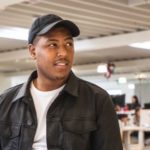 If you’re a fan of esports, chances are you’re familiar with Delane Parnell, who counts himself among the Black professionals killing the game in this industry. Delane is the Founder and CEO of PlayVS, the world’s first platform and league for high school and collegiate esports. Before founding PlayVS, Delane worked as a venture capitalist at IncWell Venture Capital. There he became the youngest Black venture capitalist in the United States. Talk about goals! Follow Delane’s tech journey on Twitter. 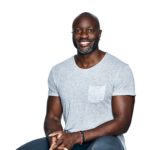 Ime Archibong is the Head of Experimentation at Facebook. Before joining Facebook in 2010, Ime worked at IBM as a Software Engineer, Manager, and in the Business Development department. Sports fans may also know Ime for his time as a Yale basketball player. Fittingly you can follow him on Facebook or hear more of his story in this interview.

Follow along on our blog, Twitter, Facebook, and Instagram for more Black History Month content all February long! And, be sure to join us on February 18 for a special celebration of Black tech leaders throughout history at our Black Tech Heroes of History event. Let us know how you’re using this month to celebrate and educate yourself and others this year.