Who You'll Learn From

Meet Kenzie Academy instructors and mentors. We hold high standards for our tech education, so we’ve made it our mission to get the best in the business to design and teach our curriculum while knowledgeably mentoring our students. 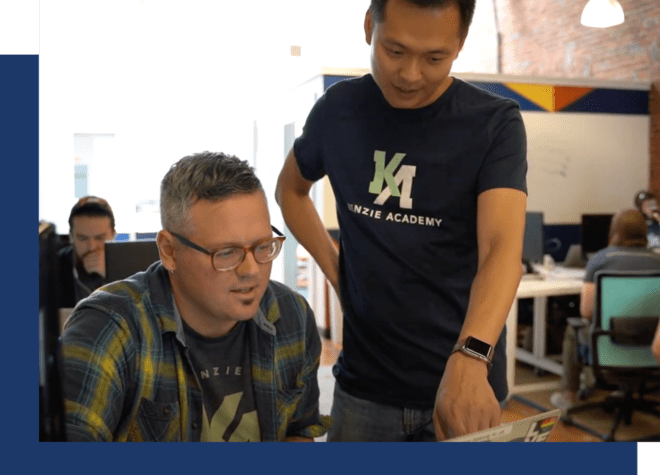 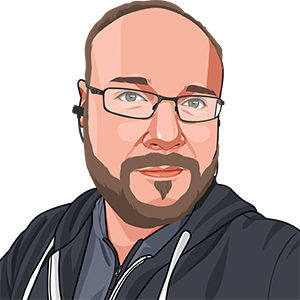 As a founding instructor of Kenzie Academy, former instructor for The Iron Yard, and long-time IT professional and educator in the U.S. and abroad, “DMG” (as we know him) has long held a passion for helping people earn new technical and metacognitive skills.

He has taught 300+ students in code personally, as well as scores of coaches and instructors. He wants you to know code is a human language for explaining your ideas to a computer. If you can carefully arrange sentences, you can code. 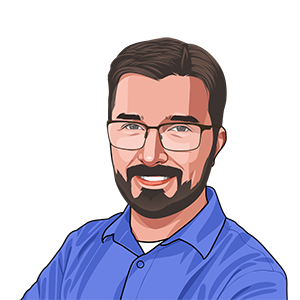 Before coming to Kenzie, Randy spent 21 years as a Software Engineer, with 15 of those years specializing in front-end web development. His favorite aspect of his career was to train and mentor junior developers, and now he is living out his dream teaching beginners the fundamentals of programming.

Away from the keyboard, Randy loves making things with his hands and eating meatball sandwiches. 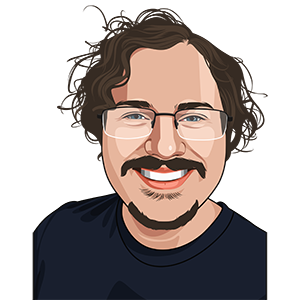 Joe was introduced to programming in 1998 and quickly learned it was the key to completing his math homework faster. He holds a B.S. in Information Systems with a focus on systems design and architecture, publishing research on cluster computing as well.

Coming from the USA Today Network, Joe specializes in breaking things not meant to be broken and building wildly over-engineered platforms. In his free time, Joe speaks at local and national conferences about education and computer security. 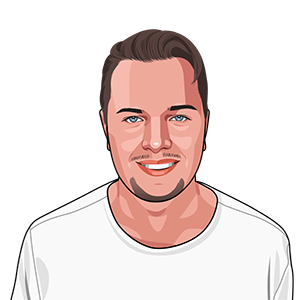 Gabe is a UX Developer with a background in branding, web design, and frontend development. Before transitioning full-time at Kenzie, he worked on many of Indy’s local business web projects. He loves anything to do with technology and innovation. When not working, he enjoys food, music, backpacking, and traveling. 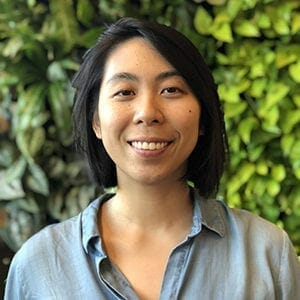 During her 7 years at Google, Justine designed consumer, education, and enterprise products. She most recently worked on creating new products in the VR/AR space. Previously, she led and managed the design teams of Google Classroom and Forms. She lives in Brooklyn, and is passionate about problem-solving, crafting, and trying new things. 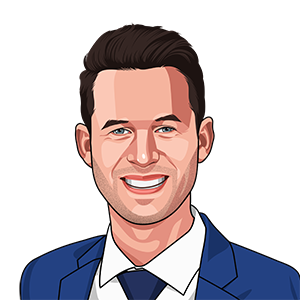 Over the last 10 years, Ryan Robinson has excelled as both a freelance and staff UI/UX designer. Ryan’s affable personality, sharply creative mind, and diligent approach to his work has earned him the trust of landmark clients such as Ralph Lauren, Bioness, and L’Oreal. In addition to his role as a facilitator and mentor for Kenzie, Ryan has continued his freelance UI/UX design work for large software systems for multiple client projects. Ryan lives in New Orleans, Louisiana, and has a background in advertising and video production. He is a former touring musician and a current nerd. He enjoys playing board games, writing and playing music, and bottles his own hot sauce. He hopes to one day manage a design firm and to also own a pet Ewok. 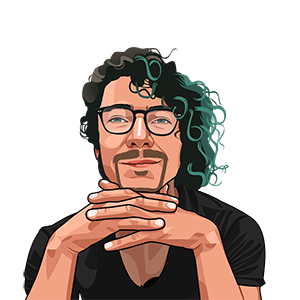 Tyler is a professional Software Engineer with ten years of industry experience. He focuses on User Interface development but is an experienced full-stack engineer. Tyler has hired and led teams to build enterprise-grade software which is used in thousands of applications worldwide. His skills lie in application architecture, user experience, data visualization, and performance. Tyler previously served as Staff Software Engineer and Engineering Manager at AppDynamics.

Our national network includes many more amazing people like the ones above, including our employer partners. These partners assist with job placement and advise our curriculum to equip students with the skills they need to get hired. The average salary of Kenzie graduates is $55-$90k, and the majority of our students land a job offer before graduation.

Our Instructors & Mentors are here to guide you.

Ready to launch
your tech career?

Apply Now
What are you waiting for?
Take the first step towards a new career today.
Apply NowSet up a Call